We are a model of United Nations of the UADY, a non-profit university student organization that aims to raise awareness and promote the study of international affairs through debate and the exchange of ideas among young people in higher education in the state of Yucatan.

To instill in the students participating in the Model the dialogue as a solution to conflicts, encouraging in them the analysis of information and the exchange of ideas with foundation, as well as to enrich the relationships among the students of the University and to promote the integral formation of the same.

To be one of the largest and most important Model United Nations in Mexico, with the participation of students nationally and internationally, always enhancing the name of the Autonomous University of Yucatan. 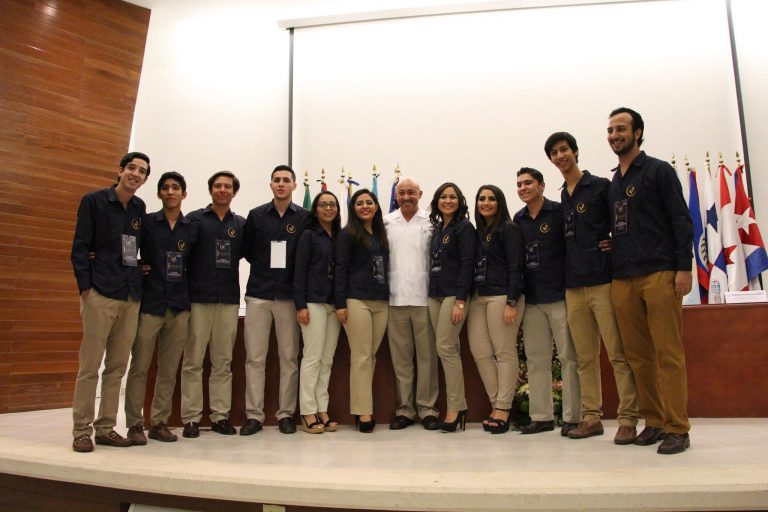 Our story begins in 2015 when in parallel two groups of young students belonging to the Autonomous University of Yucatan (UADY), one from Preparatory 1 and the other from the Faculty of Law, have the idea of recreating a Model United Nations to generate a space in which young people have the opportunity to recreate the diplomatic exercise carried out at the United Nations (UN).

In order to consolidate the Model United Nations of the Autonomous University of Yucatan (UADYMUN) it was necessary to generate the link with the UADY; On the one hand, one group began conquering social networks such as Twitter, generating the account @uadymunoficial and the other group attended an International Book Fair in Yucatan (FILEY) where they managed to approach the rector of this institution and making the gesture of touching his shoulder they managed to capture his attention to briefly talk about the project and that is how they were able to schedule a meeting to present the project.

Once these two groups met and thanks to the unconditional support of the UADY and the Department of Academic Development Management (DGDA) decided to join forces, ideas and above all commitment to carry out the first edition of UADYMUN. In this First Edition UADYMUN 2015 two General Secretaries were appointed, these were Katia Sofía Villareal Gómez on behalf of the Prepa 1 group and Mádelin Guadalupe Bernal Escalante on behalf of the Law School group. 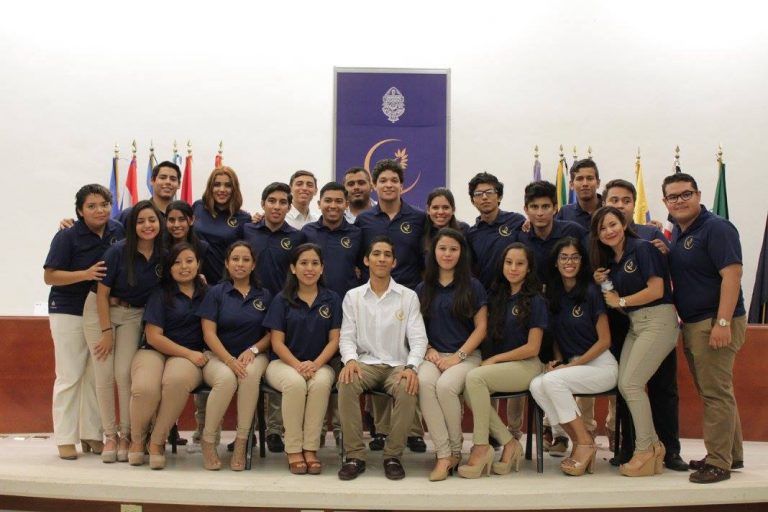 The Second Edition was full of learning and served to understand the basics needed to make a Model United Nations and already consolidated the UADYMUN Team is Mario Luna Mena who is appointed Secretary General UADYMUN 2016. In this edition, the UADYMUN Statutes are consolidated. 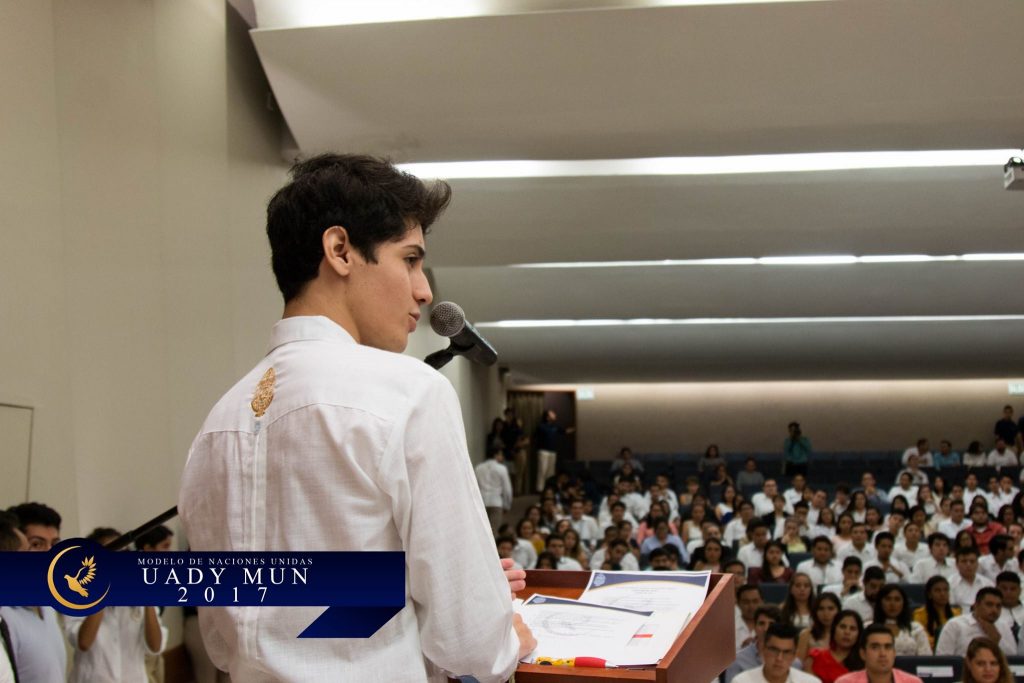 For the Third Edition, UADYMUN 2017, Br. Fernando David Mora Da Silva is appointed as Secretary General. In this edition UADYMUN faces problems, but that does not stop us and the idea of a previous event known as “Open Forum” arises, this event seeks to bring young people with influential people in our community in order to promote dialogue between the student sector with the activist sector, business, public administration, among others.  Likewise, debate contests are held to encourage student participation. 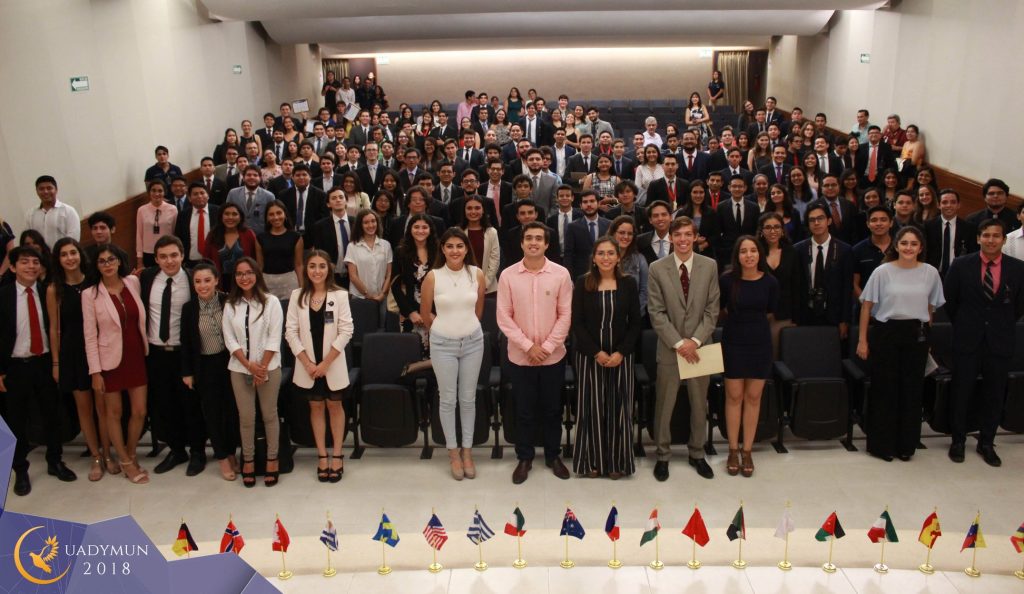 In the Fourth Edition, UADYMUN 2018, the next Secretary General was Br. Rubén Solórzano Sélem. In this edition we achieved a much greater scope and for the first time part of the UADYMUN Team had the opportunity to participate in the Future We Want MUN based in New York City, USA during the month of March 2018. This allowed us to broaden our horizons and inspire us to continue evolving. It is in this edition when the motto of living the #UADYMUNExperience arises. 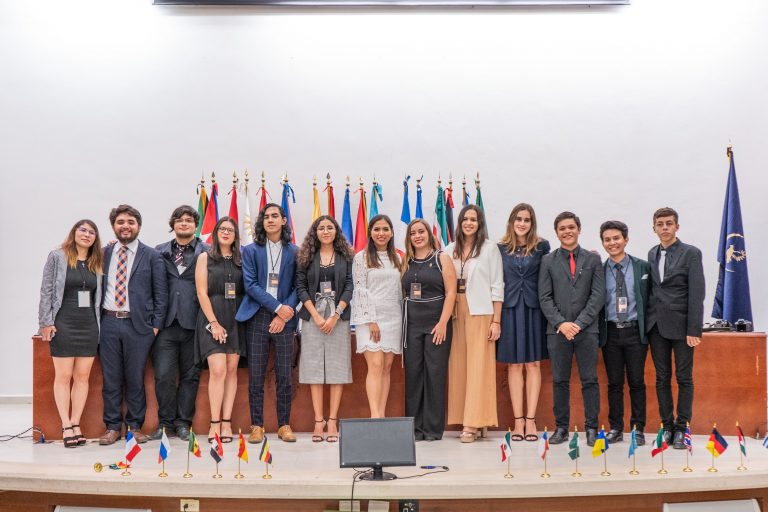 It is now in the Fifth Edition, celebrating the first lustrum, it is the turn of Br. Lucelly Aimé Ordaz Molina to be the Secretary General UADYMUN 2019. In this edition we participated again in the Future We Want MUN in which we obtained a total of 9 Recognitions for an outstanding participation. In addition to the above we have sought to establish links with the Senate of the Republic, different NGOs as well as to promote the participation of the private business sector and female participation. Thanks to our team’s exponential growth this year we are looking to reach all 17 UADY facilities as well as create new events such as panel discussions and conferences. For the first time, we are launching an International Call for participants with local, national and international participation. 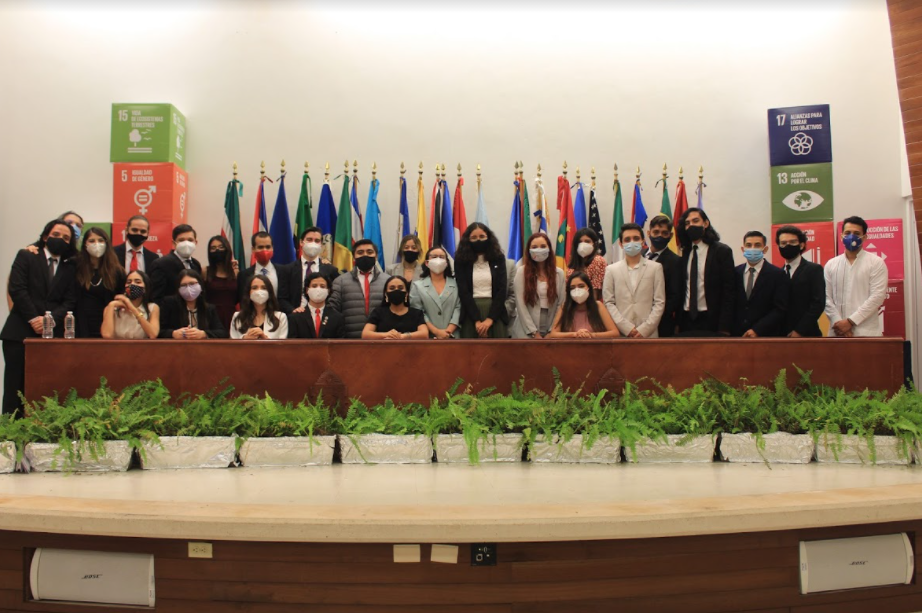 The Sixth Edition of uadymun, which took place in 2020, Adolfo Calderón Galán took his place as Secretary General and Pamela Gasque Herrera as Deputy Secretary General. The organizing committee of the sixth edition of UADYMUN carried out the model virtually for the first time in its history with a participation of more than 350 people. This edition is the first in the history of UADYMUN where a committee is conducted in French, also for the first time the participation of a country and a guest state was consolidated, these being France and Chihuahua respectively.

But we do not stop here because the history of UADYMUN continues to be written … Wait for us in 2021!